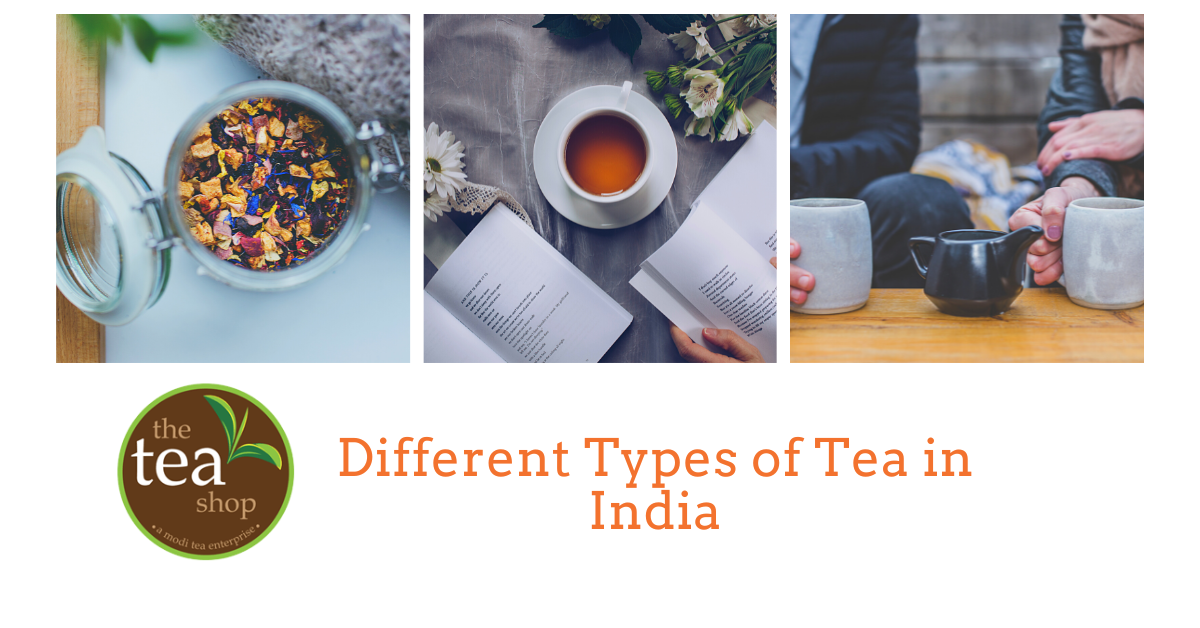 India is a country known for its diverse culture and traditions, and this diversity is reflected in the various types of tea that are grown and consumed in the country. Tea has been an integral part of Indian culture for centuries and is enjoyed by people of all ages and from all walks of life.

One of the most popular types of tea in India is black tea, also known as “chai” in Hindi. Black tea is made from the leaves of the tea plant, Camellia sinensis, and is known for its strong, bold flavor and deep amber color. It is typically made by fermenting the tea leaves, which gives it its characteristic flavor and aroma. Black tea is the most commonly consumed type of tea in India and is often served with milk and sugar to balance out its strong flavor.

Another popular type of tea in India is green tea, which is made from unfermented tea leaves. Green tea is known for its delicate, subtle flavor and pale green color. It is often considered to be a healthier alternative to black tea due to its high levels of antioxidants and other health benefits. Green tea is commonly consumed in India as a refreshing beverage and is often served with light snacks or as an accompaniment to a meal.

Oolong tea is another type of tea that is popular in India. Oolong tea is made from partially fermented tea leaves and has a flavor that is somewhere between black and green tea. It is known for its unique, complex flavor and amber-brown color. Oolong tea is often consumed as a digestive aid and is believed to have a number of health benefits, including helping to lower cholesterol levels and aiding in weight loss.

White tea is a rare and delicate type of tea that is made from the young, unopened buds and leaves of the tea plant. It has a subtle, delicate flavor and a pale yellow color. White tea is considered to be one of the healthiest types of tea due to its high levels of antioxidants and low levels of caffeine. It is often consumed in India as a refreshing, rejuvenating beverage.

Herbal tea is a type of tea that is made from a variety of plants, flowers, and herbs. It does not contain any actual tea leaves but is instead made from a blend of herbs and spices. Herbal tea is popular in India for its refreshing flavor and is often consumed for its medicinal properties. Some common types of herbal tea in India include chamomile, peppermint, and ginger tea.

Tea culture in India is deeply ingrained in the country’s history and traditions. Tea is often served as a social beverage, and it is common for people to gather and share a cup of tea with friends and family. It is also an important part of many religious and cultural ceremonies and rituals.

In conclusion, India is home to a wide variety of tea types, each with its own unique flavor and characteristics. From the bold and robust flavor of black tea to the delicate and subtle flavor of white tea, there is a type of tea to suit every taste and occasion. Whether it is enjoyed as a refreshing beverage or as part of a cultural tradition, tea is an integral part of Indian culture and is enjoyed by people of all ages and from all walks of life.