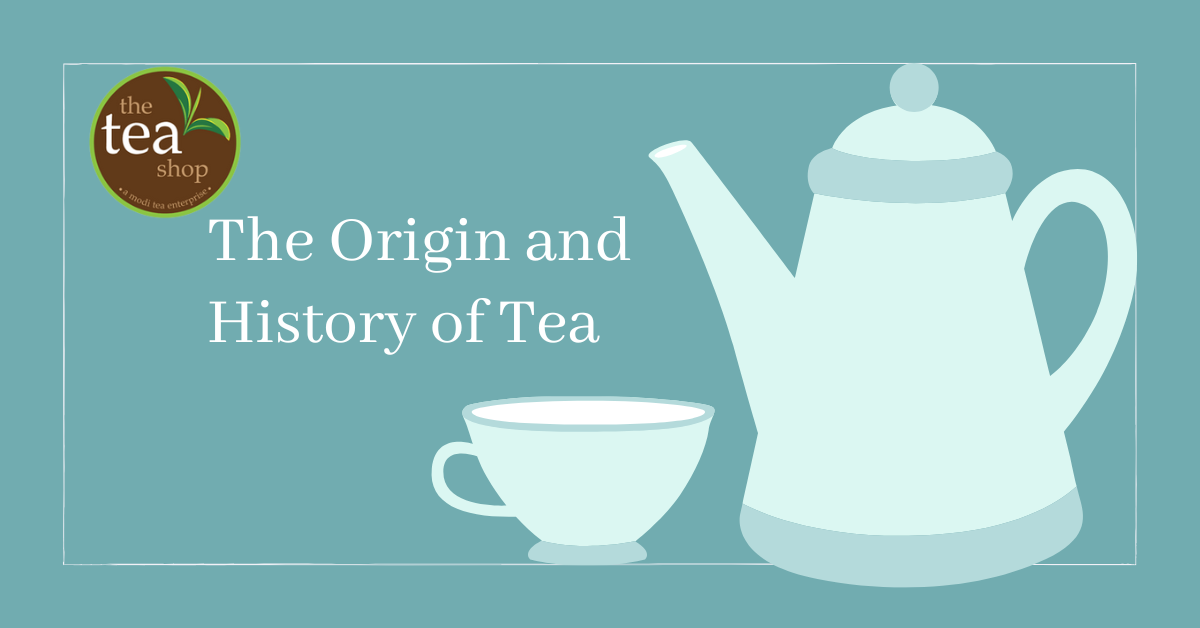 The history and origins of tea are shrouded in mystery and legend, with various stories and theories about how this beloved beverage came to be. Tea has been enjoyed by people around the world for centuries, and its popularity has only continued to grow over time.

According to legend, tea was discovered by the ancient Chinese emperor Shen Nong in 2737 BC. The story goes that the emperor was out walking one day when some leaves from a nearby tea plant fell into a pot of boiling water. Intrigued by the aroma that wafted up from the pot, the emperor tasted the infusion and was immediately struck by its refreshing and invigorating properties. From that day on, tea became a popular beverage in China and was enjoyed by people from all walks of life.

Over time, the popularity of tea spread beyond China and into other parts of Asia, as well as Europe and the rest of the world. Tea was introduced to Japan by Buddhist monks in the 9th century and quickly became a central part of Japanese culture and tradition. In the 16th century, tea was introduced to Europe by Portuguese traders, and it quickly gained popularity among the upper classes.

As tea spread around the world, it evolved and adapted to the different cultures and traditions in which it was consumed. In China, tea was initially consumed as a medicinal beverage and was used to treat a variety of ailments. It was also used in traditional Chinese medicine and was believed to have a number of health benefits. In Japan, tea became an integral part of the country’s cultural and social life, and the art of preparing and drinking tea, known as “cha-no-yu,” was highly revered.

In Europe, tea was initially a luxury item that was only affordable to the wealthy. However, as the demand for tea grew, it became more widely available and eventually became a staple beverage for people from all walks of life. In the United States, tea was initially unpopular compared to coffee, but it eventually gained widespread popularity in the 19th century and became a staple beverage in many American households.

Today, tea is enjoyed by people around the world and is consumed in a variety of forms, from loose leaf tea to tea bags to iced tea. It is also an important part of many cultural and social traditions and is often served as a sign of hospitality and friendship.

As the popularity of tea has continued to grow over time, so too has the demand for high-quality, specialty teas. In recent years, there has been a trend towards single-origin teas and artisanal teas, as more and more people are seeking out unique, high-quality teas that are grown and processed with care.

In conclusion, the history and origins of tea are rich and varied, and the evolution of this beloved beverage has been shaped by the different cultures and traditions in which it has been enjoyed. From its humble beginnings as a medicinal beverage in ancient China, tea has become a staple beverage for people around the world and is enjoyed for its refreshing and invigorating properties, as well as its cultural and social significance.