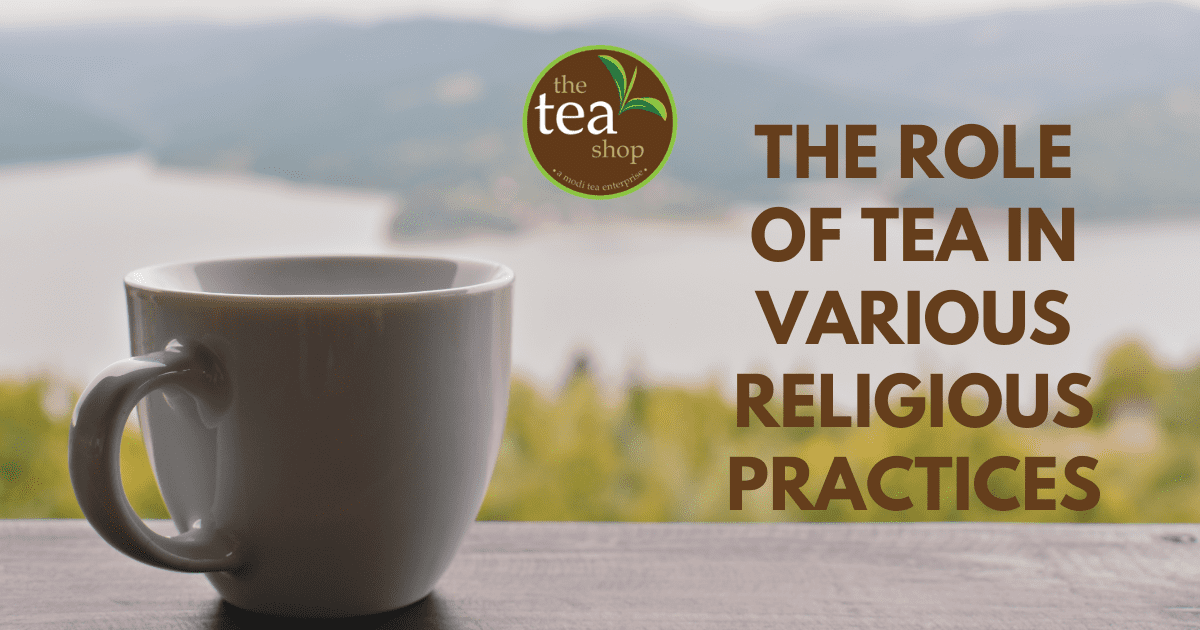 The Role of Tea in Various Religious Practices

Tea has metaphorically been a religious practice in India. Well, tea has been a spirit of comfort and unity all over India and not to mention an essential component of a few customary rituals as well. But did you know there is a relationship between tea and spirituality or tea and religion? The origin of tea ages back to almost 4000 years when China lived in its religious spirits of Zen. Do you know the story of the birth of tea? Well, there are many variations to this story, but the religious cult widely believes that this was marked as the origin of tea in China.

The spiritual significance of tea:

Bodhidharma, the sixth-century Indian priest who brought Buddhism to China, spent nine years facing a cave wall in meditation and finding the spirit within him. The 5 five years of his meditation drive went smoothly, but as time passed, he slowly lost control and could not control his sleep. He ended up swaying off track and took a nap. Furious with his inability to stay awake, he ripped off his eyelids. On falling to the ground, they became tea plants. When he was almost done with his nine-year meditation promise, he again felt himself getting distracted by the feeling of sleep. He then plucked a few leaves from the tea plant growing out of the cut eyelids and started chewing them to suppress the feeling of rest. Surprisingly by chewing the tea leaves, he could focus on his meditation ten times better than before. This is how tea was discovered as a product of spiritual and religious understanding. This marked the spiritual significance of tea relating to tea and mindfulness.

Since the story was vigilant in the country, monks have been using tea as a go-to beverage to focus on the rituals and bring in the concentration required for meditation. Tea and mindfulness make it easier for people to focus on their work and practices. Tea, as everybody knows, is a significant beverage used to brighten the day and keep your mind focused. As much as monks used tea, it was also prevalent among the local crowd. The plant leaves were used to treat many illnesses, marking their importance in the community. People also started using tea as a custom or tradition in households. Like in India, the day begins with a cup of tea, and the evenings don’t last without tea. China also has tea-making competitions and carnivals to mark the most exciting combination of tea and the process of making the same. Tea is celebrated with utmost interest and happiness in China, marking the condolence of tea and religion. The priests also offer tea as a holy dish to the Buddhist gods. Isn’t it amusing how tea has become a massive part of their life, and one cannot imagine life without it?

Chai has an emotional bond with the Indians. Their days start with a cup of masala tea and end with a cup of evening tea. A lot of traditions are involved with the cup of tea. In an arranged marriage setting, the first time the groom and bride see each other is when the bride serves tea to the groom and his entire family. Tea is directly related to the bond of togetherness we form with our near and dear ones. In many places, women meet in the evening with their tea to discuss and chat about various aspects of their day. Tea is the epitome of dopamine that brings people together and marks the unity in diversity in India. India might be one of the only countries with a tea shop stall earning around 10,000 a day minimum. We do live in a country of exuberant surprises.

This brings us to the conclusion of how tea and meditation go hand in hand and the various aspects of the spiritual significance of tea. Tea holds a lot of importance, so choosing a suitable tea powder for your tea is essential. The Teashop brings to you authentic flavours of chai from the tea gardens of Darjeeling.